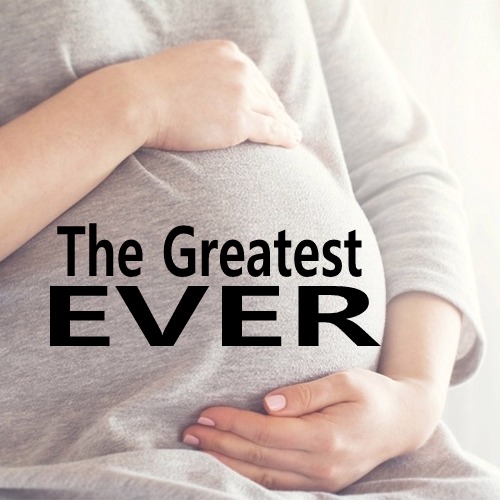 He was the greatest president this nation had ever seen. His wisdom was unsurpassed. He did not need anyone on his payroll to “spin” what he said because he was an honest person. People trusted him when he spoke because they knew he would tell them the truth. When it came to making decisions he made them with great thought and great concern for the welfare of his country. He knew the Constitution and stood foursquare upon it. The poor were a constant concern of his and yet he did not encourage indolence. He honored the achievers and exhorted them to use their money to help those in need. He had no political axe to grind nor was he in the pocket of any special interest group. Some of the citizens hated him while others loved him. That did not matter to him. He was confident in his ability to lead the USA in a way that would help all enjoy “life, liberty and the pursuit of happiness” and to that end he gave his all.

She was the greatest wife and mother who ever lived. In every way she lived up to the standards of the virtuous woman in Proverbs 31. From day one of her marriage she was the helper her husband needed. She made his life complete. In fact, he would be the first to say that without her he was nothing. Her children saw a lady, not a woman, but a lady who treated others graciously and yet fiercely protected her own household. She understood the need for well-placed discipline but also had compassion sufficient to dry a tear and mend a breaking heart. The entire family enjoyed this lady who would spend time with them, reading, listening, basically giving them whatever they required. Her influence was not limited to her own home for her kindness touched the lives of so many. Rooms brightened whenever she entered and lost their luster whenever she left. She considered her role as wife and mother to be her highest calling and to that end she gave her all.

He was the greatest Christian ever. Having obeyed the Gospel in his youth, he committed himself to growing in “the grace and knowledge of our Lord and Savior Jesus Christ” (2 Peter 3:18). For him, daily Bible study and prayer were at the pinnacle of his day. He knew the more he read God’s Word, the greater his faith would be (Romans 10:17). He knew the more time he spent in prayer, the more prepared he would be to face the world and its trials and temptations. Beyond his focus on his personal spiritual growth, he was constantly scanning the “fields that are already white for harvest,” looking for lost souls (John 4:35). Few possessed his power to persuade as he taught God’s Word with sincerity and in its simplicity. He was the epitome of the Golden Rule (Matthew 7:14), yet he never spoke of his accomplishments but instead gave God the glory (1 Corinthians 3:7). He understood that his treasures were in heaven and daily he meditated upon the glories awaiting the faithful in eternity (2 Timothy 4:8). Wanting to go to heaven himself, he taught and led so that others could find the way as well (Matthew 7:13-14) and to that end he gave his all.

By now I’m sure you want to know who these people are. Frankly, I don’t know their names. You see, they were three among the millions of babies in our country who were victims of abortion. One or both of their parents felt it was in their own best interest to terminate the lives of their unborn children. When they made that determination it was easy for them to accomplish their task. They could look in the Yellow Pages under “Abortion Services” or go to any one of countless websites. They could bring in the government as an accomplice to their murder by accessing tax payer funds set aside for abortions. They could make their way to a local “clinic” and have the deed done or just take a pill. Just that easily, our world lost what could have been among the finest humanity has to offer. The greatest president, the greatest wife and mother, the greatest Christian ever could very well have been murdered in their mothers’ wombs.

How many wonderful men and women could have graced this earth with their presence had their lives not been snuffed out by the shameful act of abortion? How many outstanding leaders, philanthropists and, yes, even Christians (for there are some who claim to be Christians who give their approval to abortion) could have walked among us? Only God knows.