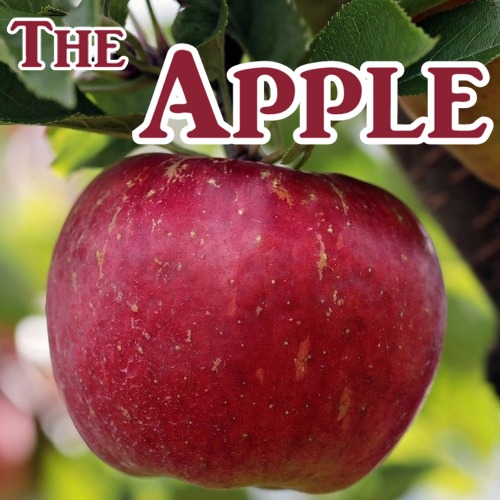 How many of you figured that, based on its title, this article was going to be about the Garden of Eden? Doubtless, for centuries the apple has been maligned in story and song as that fruit which Eve plucked, ate, and fed to Adam, even though the Bible does not tell us which fruit was borne by the tree of the knowledge of good and evil (Genesis 3:17).

Actually, the apple is employed in eloquent imagery in a number of places in God’s Word, the most frequent being the phrase, “apple of his eye” (or “your eye” or “the eye”). The phrase has been defined in various ways. “Originally meaning the central aperture of the eye. Figuratively it is something, or more usually someone, cherished above others.” “’Apple of the eye’ is an old English term (derived from Anglo-Saxon and Teutonic/German) for the pupil of the eye, that is, the clear center part where light, and therefore sight, enters. As an expression, it generally refers to something precious.” Both of these definitions as well as the definition of the Hebrew words used in the phrase denote something or someone very special to another, the focus of one’s attention. Hence, to be the “apple of one’s eye” is to be a favorite.

Consider now how the apple is used in this phrase in the following Bible verses. Speaking of God’s protection of Israel, Moses said, “He found him in a desert land and in the wasteland, a howling wilderness; He encircled him, He instructed him, He kept him as the apple of His eye.” (Deuteronomy 32:10). Pleading for God’s watch care over him, the Psalmist asked, “Keep me as the apple of Your eye; Hide me under the shadow of Your wings from the wicked who oppress me, from my deadly enemies who surround me.” (Psalm 17:8,9). Urging his son to heed his words of wisdom, Solomon said, “Keep my commands and live, and my law as the apple of your eye.” (Proverbs 7:2). Reflecting Judah’s sorrowful condition after their destruction at the hand of the Babylonians, Jeremiah wrote, “Their heart cried unto the Lord, O wall of the daughter of Zion, let tears run down like a river day and night: give thyself no rest; let not the apple of thine eye cease.” (Lamentations 2:18, KJV). Again speaking to Judah following their calamitous downfall, the Lord said through Zechariah, “For thus says the LORD of hosts: He sent me after glory, to the nations which plunder you; for he who touches you touches the apple of His eye.” (Zechariah 2:8). Suggesting that something is one’s favorite, “the apple of one’s eye” also suggests that upon which one is focused. God focused on Israel as He protected them in the wilderness. David wanted to be sure God was focusing on Him in the presence of his enemies. Judah wished for God’s focus to be on them as it had been prior to their rebellion. Solomon exhorted his son to focus on the truth.

The other time the word “apple” is used figuratively in God’s Word is in Proverbs 25:11 where the wise man wrote, “A word fitly spoken is like apples of gold in settings of silver.” Comments regarding the meaning of this can be found in abundance. Most agree that the writer’s purpose here is simply to portray something that is beautiful and precious. Some go a little overboard and try to make this into a prophecy. It seems that the writer is indeed painting a picture in our mind’s eye of something that is beautiful and wondrous to behold. Various translators have rendered the Hebrew word for “pictures” as “baskets.” Whether Solomon is talking about a painting or an actual silver basket containing golden apples, it’s evident that he meant to impress upon us the idea of something breathtaking and extremely valuable. Lest we get too caught up in the imagery, let’s remember the leading thought of the verse. It is the “word fitly spoken” that is like this glorious figure of apples of gold in pictures of silver. The bottom line here is that this verse extols the virtues of well spoken words. Just as the apostle Paul would write centuries later, “How beautiful are the feet of those who preach the gospel of peace, who bring glad tidings of good things,” (Romans 10:15), Solomon here tells us that the carefully chosen word is just as beautiful.

The next time you see the display of apples in the grocery store, think of how you can bring honor and glory to God in your words and deeds. Without a doubt, conducting ourselves as the apple of His eye can draw us closer to Him and also help us bear fruit in His service (John 15:1-11).