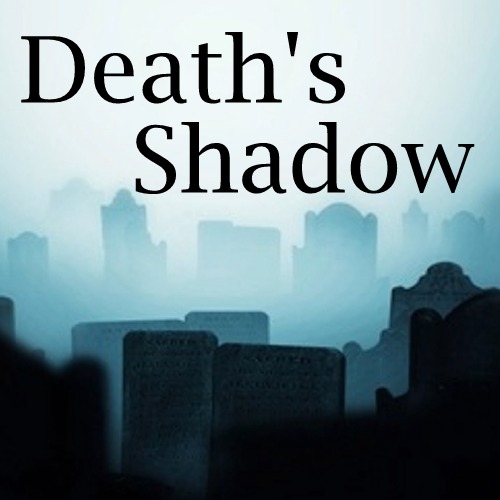 Who among us has not walked in the darkness of death’s shadow? Some of us have walked there hand in hand with a loved one, taking that one to eternity’s gate and watching as he or she passed through into the next world. Some of us have personally walked in the shadow through illness or injury, only to re-emerge into the light of earthly life by virtue of recovery. Casting its pall upon us, death seeks to darken our hearts to some crucial spiritual truths which, when carefully considered, remind us that death, in reality, carries little sway over the Christian soul.

While the word ,“shadow” is used many times in the Bible, “shadow of death,” as used in the Old Testament is a distinctive term translated from its own Hebrew word. It is differentiated, it would seem, so as to give death its proper due, for it casts a shadow unlike any other of life’s experiences. No other physical, mental or emotional strain can challenge the spirit and test faith like death.

Considering the context of the book, it’s not surprising to find that the Hebrew word for “shadow of death” is most commonly used by Job. At the height of his grief he wished that the day of his birth had been stained by the shadow of his death (Job 3:5). Later, he offered this description of the passage from this life to the next:

“Are not my days few? Cease! Leave me alone, that I may take a little comfort, before I go to the place from which I shall not return, to the land of darkness and the shadow of death, a land as dark as darkness itself, as the shadow of death, without any order, where even the light is like darkness.” (Job 10:20-22)

Gloomier words were never spoken. Were we to stop here and consider nothing further regarding death’s shadow, we would find ourselves wallowing in deep despair, blinded by death’s finality and swallowed up in darkness with no hope in sight. But we must not stop here. We cannot stop here. We need not stop here.

The existence of a shadow implies the presence of light. When midnight falls in a secluded area under cloudy skies, there is nothing but blackness in that place. There are no shadows. Yet, as the dawn breaks, the shadows that appear do so because of the rising of the light of the sun.

Yes, death is a shadow, but on the other side of the shadow is light. Isaiah prophesied, “The people who walked in darkness have seen a great light; those who dwelt in the land of the shadow of death, upon them a light has shined.” (Isaiah 9:2). Matthew wrote that this prophecy applied to Jesus Christ (Matthew 4:12-16). John wrote of Jesus that He “was the true Light that, coming into the world, enlightens every person.” (John 1:9).

When David penned those oft-quoted words, “Yea, though I walk through the valley of the shadow of death, I will fear no evil,” (Psalm 23:4), he wrote them as one who was walking in the shadow but was not consumed by it. His hand was in God’s hand. He was moving toward the light and through the shadow, not the other way around.

The shadow of death is real. We see it all around us every day. We have walked in it. It’s cold and lonely and even frightening. But it is only a shadow. It need not be a constant dwelling place. We can have access to the Light who is beyond the shadow through the Gospel of Jesus Christ. That’s why the Christian soul is neither overtaken by death’s darkness nor beaten down by its gloom. Instead, the child of God can exult and with the apostle Paul exclaim, “So when this corruptible has put on incorruption, and this mortal has put on immortality, then shall be brought to pass the saying that is written: Death is swallowed up in victory. O Death, where is your sting? O Hades, where is your victory?” The sting of death is sin, and the strength of sin is the law. But thanks be to God, who gives us the victory through our Lord Jesus Christ.” (1 Corinthians 15:54-57).

In the words of Edward Bickersteth, Jr., in his hymn, “Peace, Perfect Peace”:

Peace, perfect peace,
Death shadowing us and ours?
Jesus has vanquished death,
And all its powers.